Last week was a week of “firsts” for Respect DC and Walmart associates in the District. Throughout the week, we witnessed the first-ever Black Friday for Walmart in Washington, DC, the first sit-down strike in Walmart history, the first Walmart worker strike in the DC stores, and the first-ever community occupations (twice!) of the H Street store.

Leading up to the Black Friday action, OUR Walmart members, inspired by the widespread demonstrations seeking justice in Ferguson and for Michael Brown, joined the Tuesday #DCFerguson march. When the march reached the H Street Walmart store, demonstrators flowed into the store, drawing the connection between economic inequality and our broken criminal justice system.

At the #DCFerguson march on Tuesday, 11/25, demonstrators march into the H Street store.

The next day, on Wednesday, around 30 Walmart associates from DC, Maryland, and Virginia walked out on strike and held a sit-down strike in the H Street store. The next day, on Thanksgiving, they arrived at the Georgia Avenue Walmart to talk to customers about why they were striking and to deliver a letter to store management demanding no retaliation. 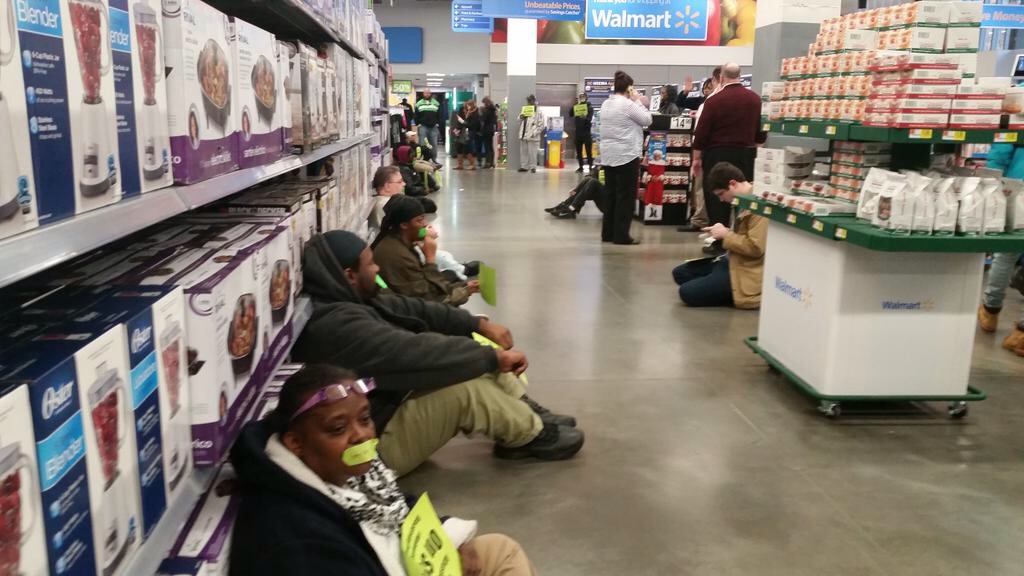 Finally, on a brisk Friday morning, more than 400 community allies rallied with the Walmart strikers in front of H Street. Workers from VA and H Street told their stories: working full-time yet still needing public assistance; or unable to get enough hours to get benefits and provide for their families. At every action, workers departed chanting, “we’ll be back!” And when they return, they’ll return with the force of the community and the entire DC JWJ coalition, until Walmart jobs become living wage, full-time jobs worthy of the brave workers who hold them. 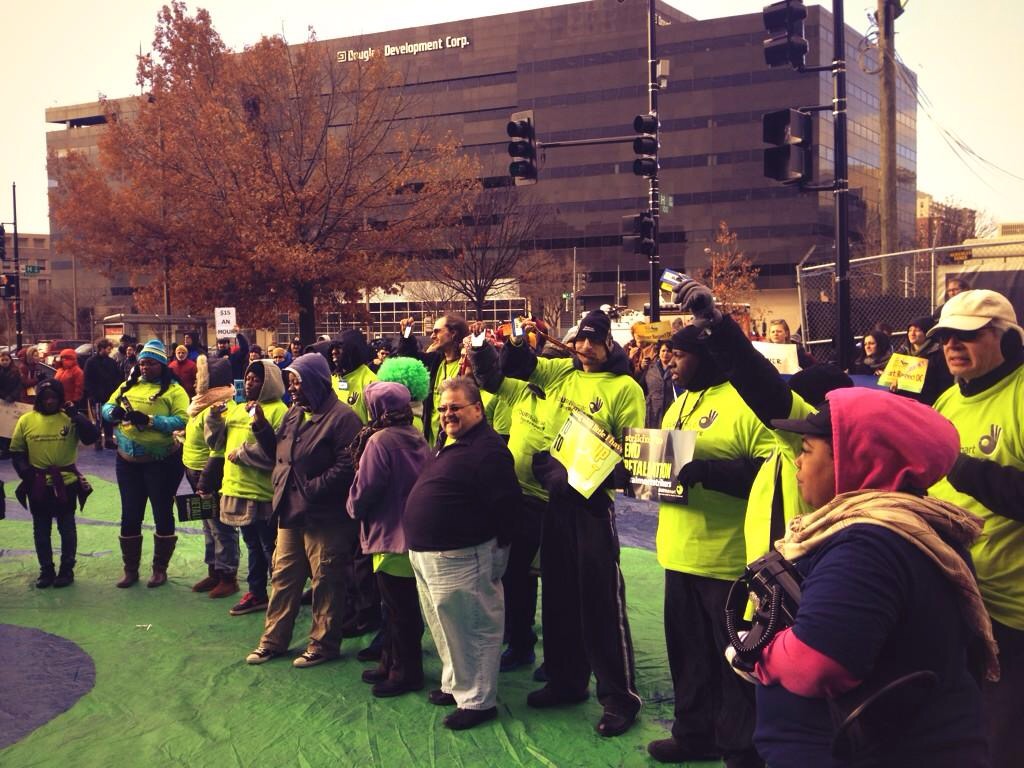