On September 19, 2012, the Communications Workers of America (CWA) announced that it had reached a tentative agreement on terms for a new contract with telecommunications giant Verizon Communications, preserving job security and retirement security for 34,000 workers. 11,000 members of the International Brotherhood of Electrical Workers (IBEW) are covered under similar agreements. 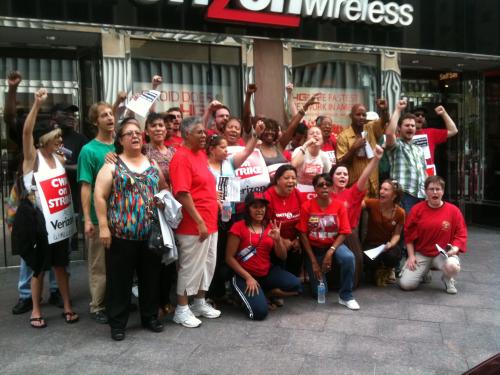 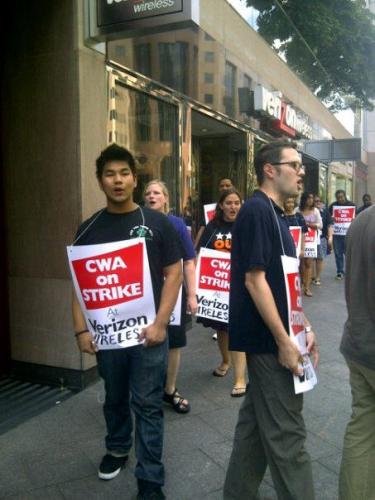 And when the contract negotiations continued and the workers went back to their jobs, you leafletted with us, sang holiday carols, did street theatre, and took part in other community actions. 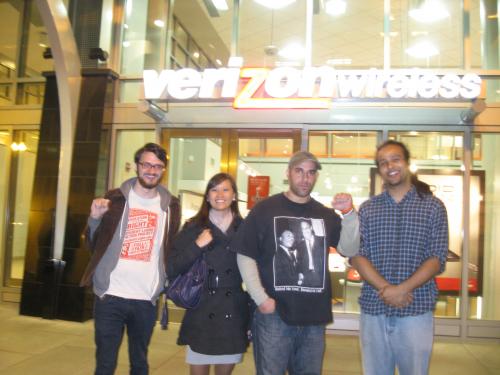 Thank you from DC Jobs with Justice!