On Thursday, DC Jobs with Justice joined UNITE HERE! Local 23 and other coalition members for a lunch time picket in support of cafeteria workers.  These cafeteria workers, employed by Seasons Culinary at the National Education Association building, are currently facing a wage freeze over the next three years.  Food service workers in DC have fought to win a standard that includes fair raises AND health insurance.  We’re not going to let these cafeteria workers be left behind! 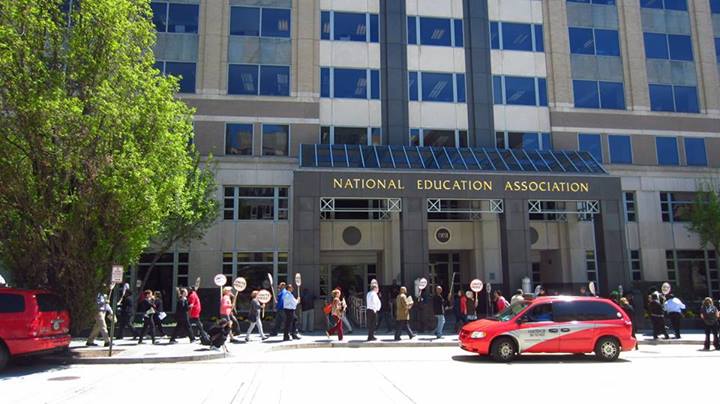 Allies gave up their lunchtime break to picket with Local 23 in support of a fair contract and healthcare for the culinary workers!

The company, Seasons Culinary, is not meeting the standard for food service workers in this city. Here are some examples of how their proposal compares with what DC workers have at a similar cafeteria: