Tito’s Workers Rally Against Exploitation in Front of NLRB 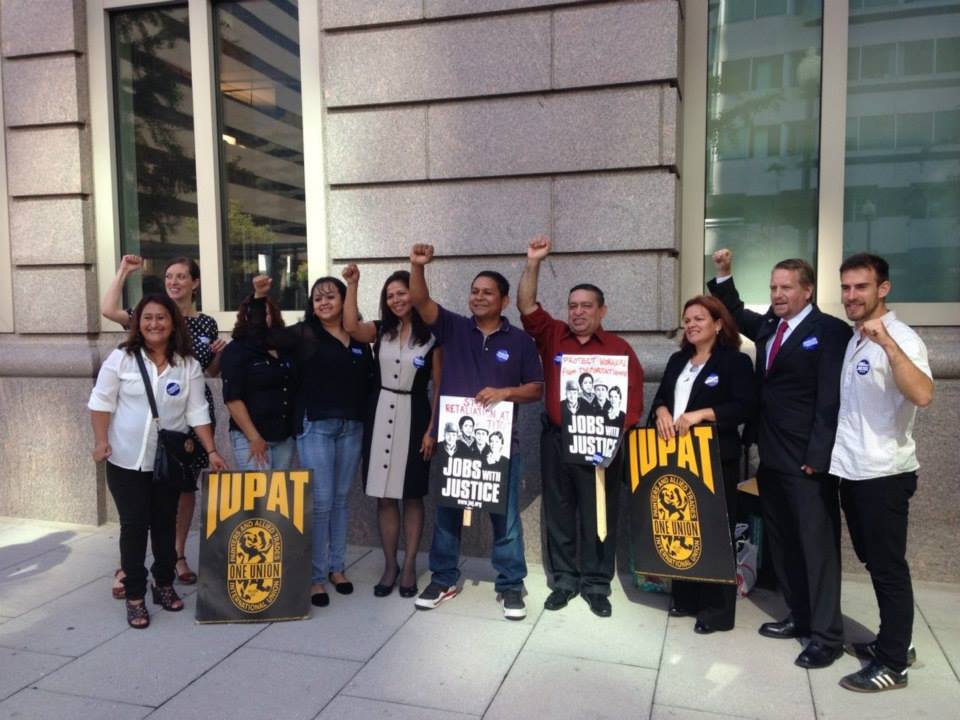 After Tito’s workers stood up against wage theft, massive amounts of unpaid overtime, and exploitation based on immigration status, their employer responded with illegal firings and by threatening to call ICE. Finally, after a year of organizing with International Union of Painters and Allied Trades they had their first hearing at the NLRB on those complaints on August 4, 2014.

Congresswoman Eleanor Holmes Norton, Vice President of AFL-CIO Tefere Gebre and others joined the workers for a speakout today in front of the NLRB. DC Delegate Eleanor Holmes Norton stated, “You have courage. Don’t lose it; you are going to win!” Tefere Gebre, AFL-CIO Executive Vice President said that “For every one of you there are tens of thousands of workers who are afraid to stand up. Keep on fighting, keep on working!” 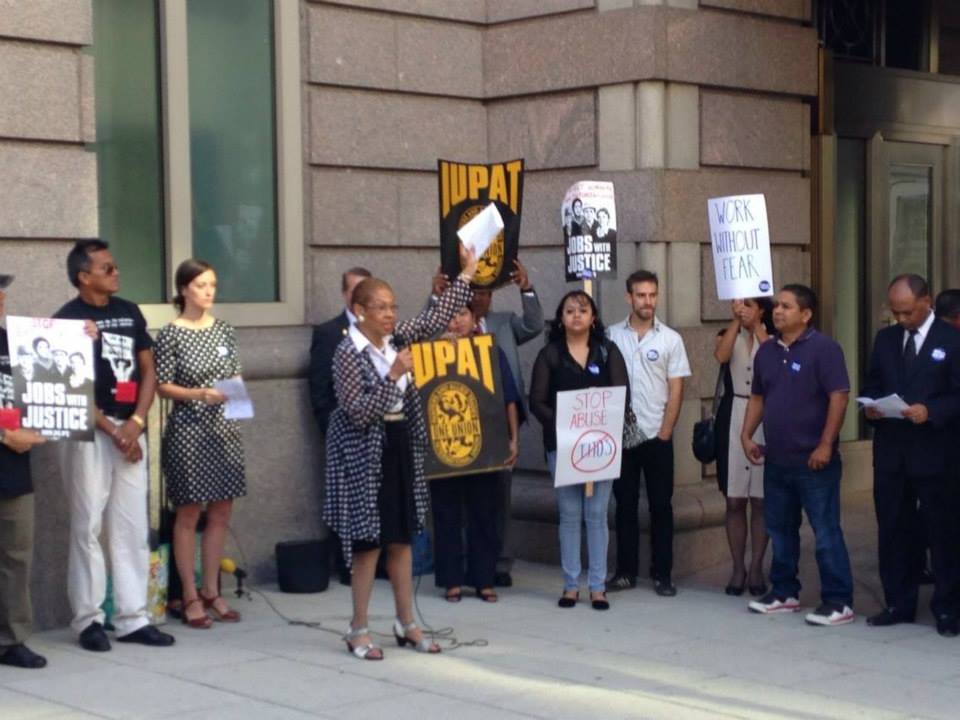 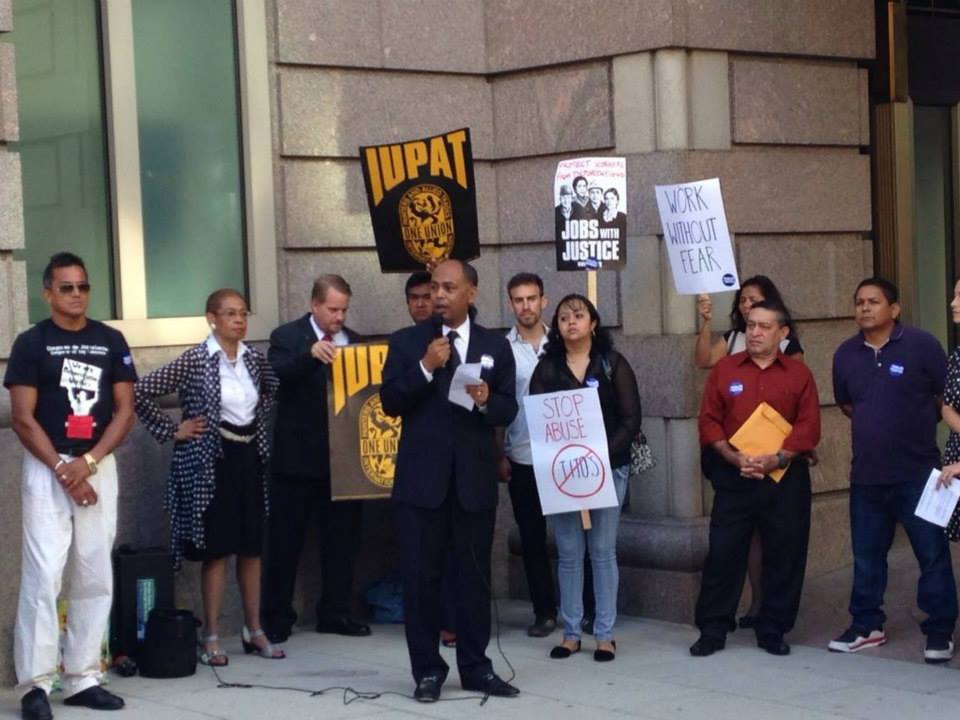 Thanks to DC Employment Justice Center, Washington DC Building and Construction Trades Council @National Guestworker Alliance Congress of Day Laborers/Congreso de Jornaleros, the delegation of New Orleans construction workers,  and all our allies who joined us in solidarity with these workers! Everyone deserves just treatment, regardless of their status. 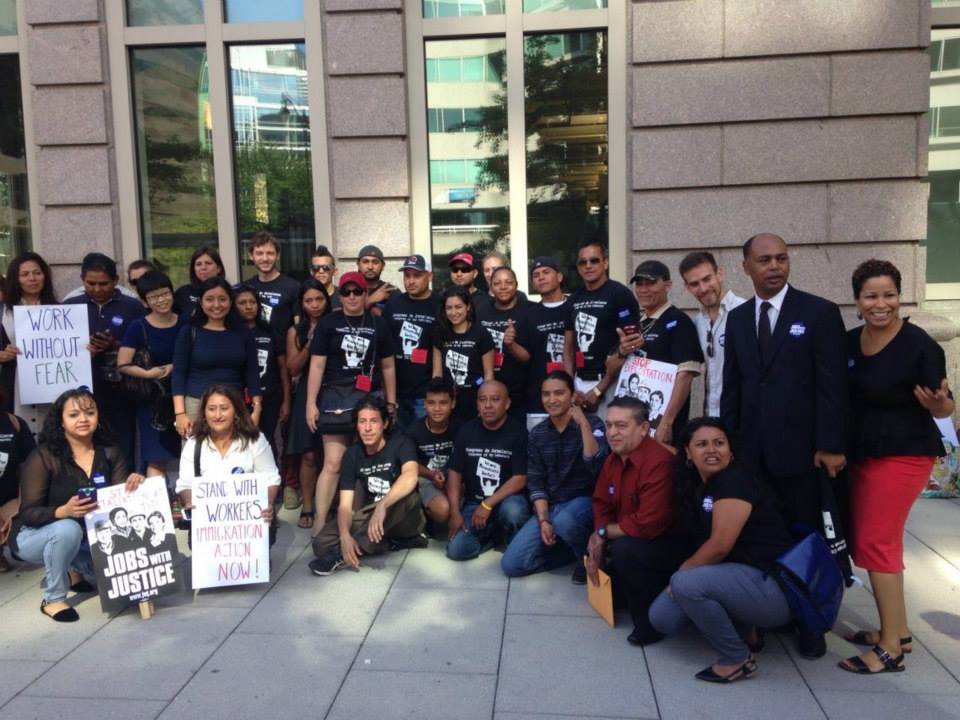