More than 10% of local DC cab drivers were in the streets on June 25 with the Teamsters to express frustrations at unfair regulations. http://teamsternation.blogspot.com/2014/06/teamster-taxi-drivers-get-washingtons.html 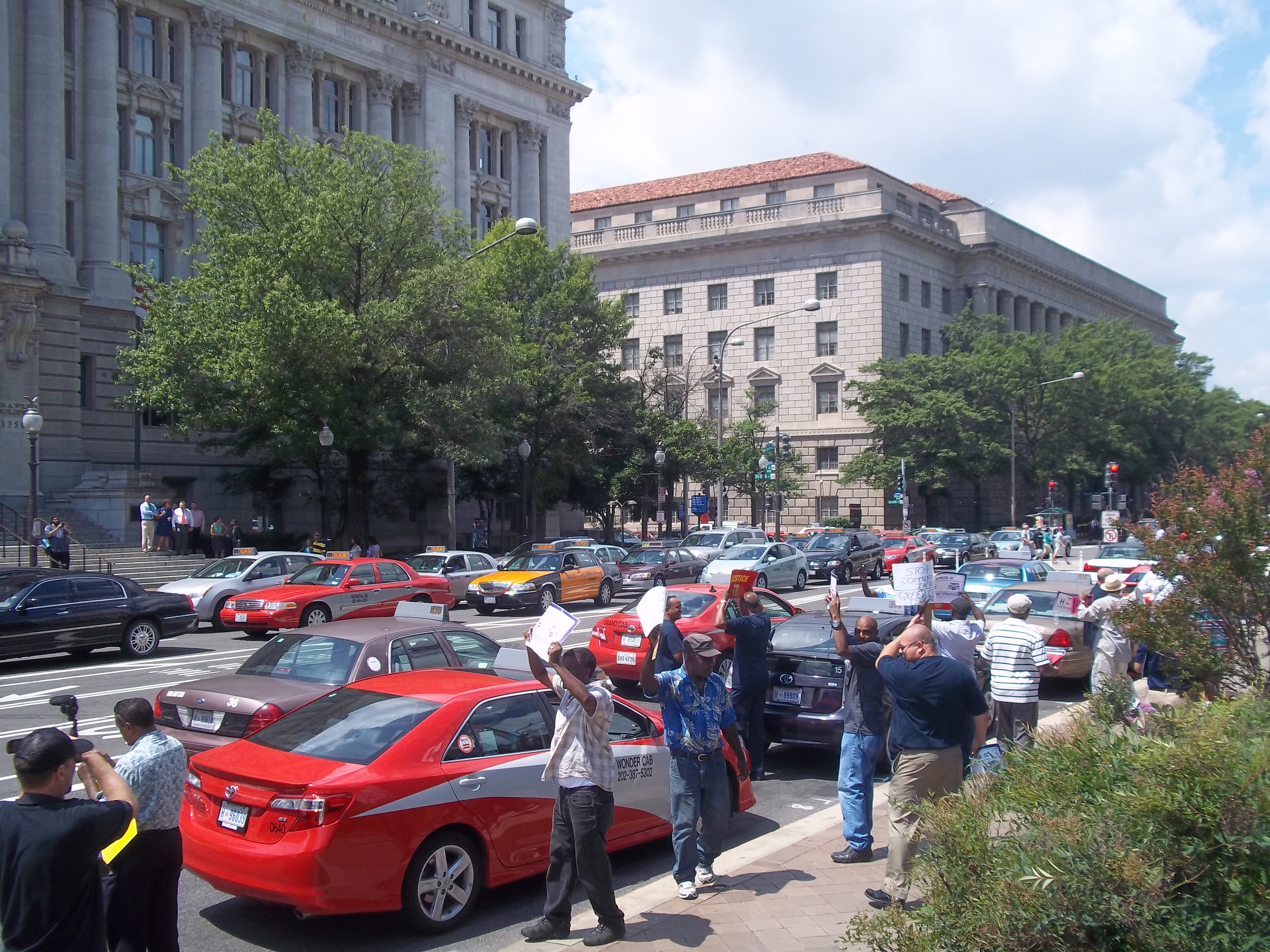 The regulations applied to their industry (to protect drivers and riders) are not required of Uber/Lyft/Sidecar, giving them a big advantage. Last year, the city gave the services an extension to operate until regulations were in place.The extension ended several months ago but the city failed to enact fair regulations.
Taxi drivers are not against these services,Teamsters are even trying to organize Uber and Lyft drivers in California and Seattle. Drivers simply want to be on the same playing field.Roughly 1,000 cabs lined the street in front of the City Council and many supporters gathered in Freedom Plaza. 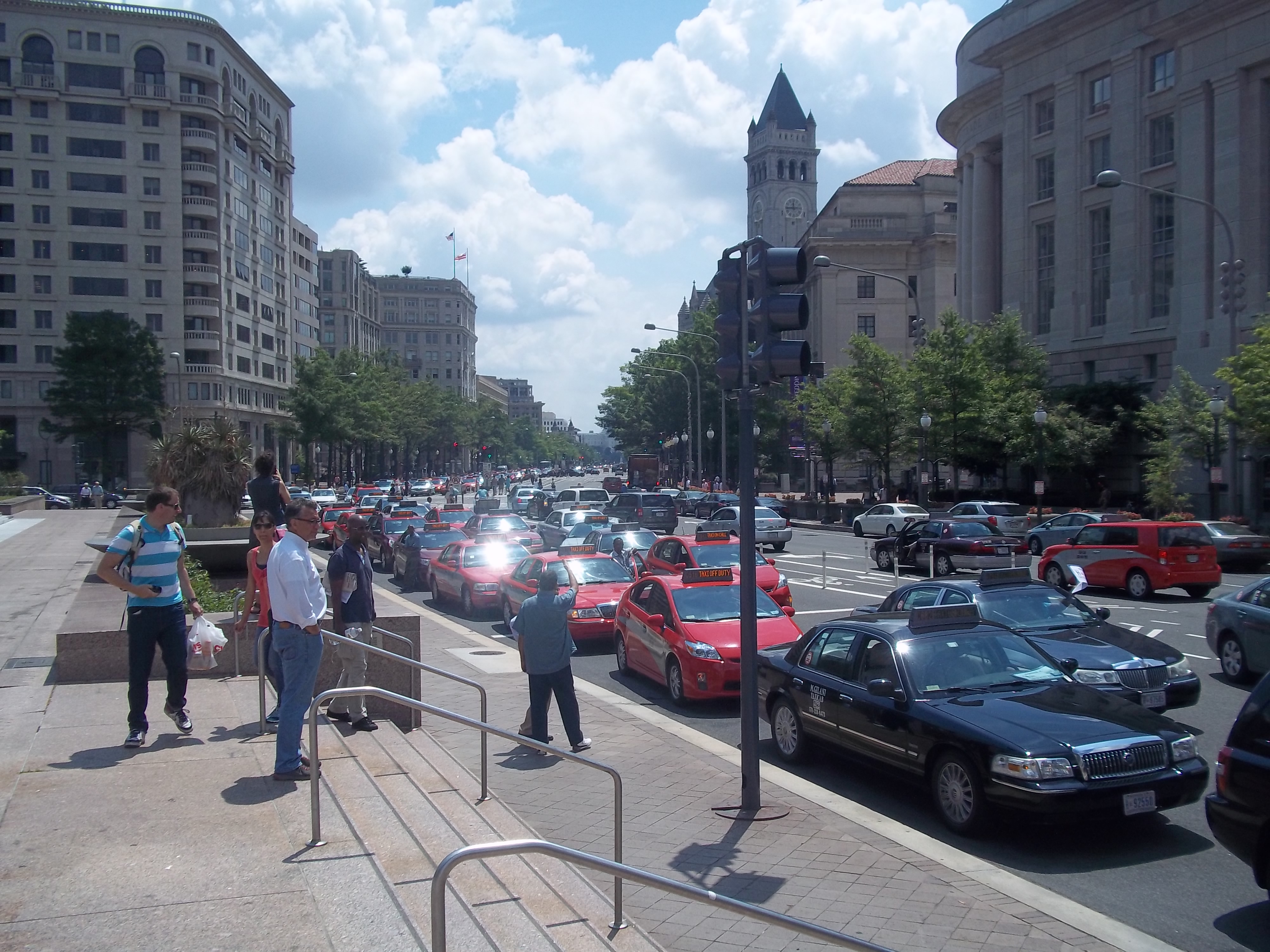 Union President Ferline Buie delivered a letter to City Hall making the case that the rules governing online cab services were unfair to traditional drivers. Taxi drivers have protested across the country and now Washington needs to take its taxi drivers seriously. 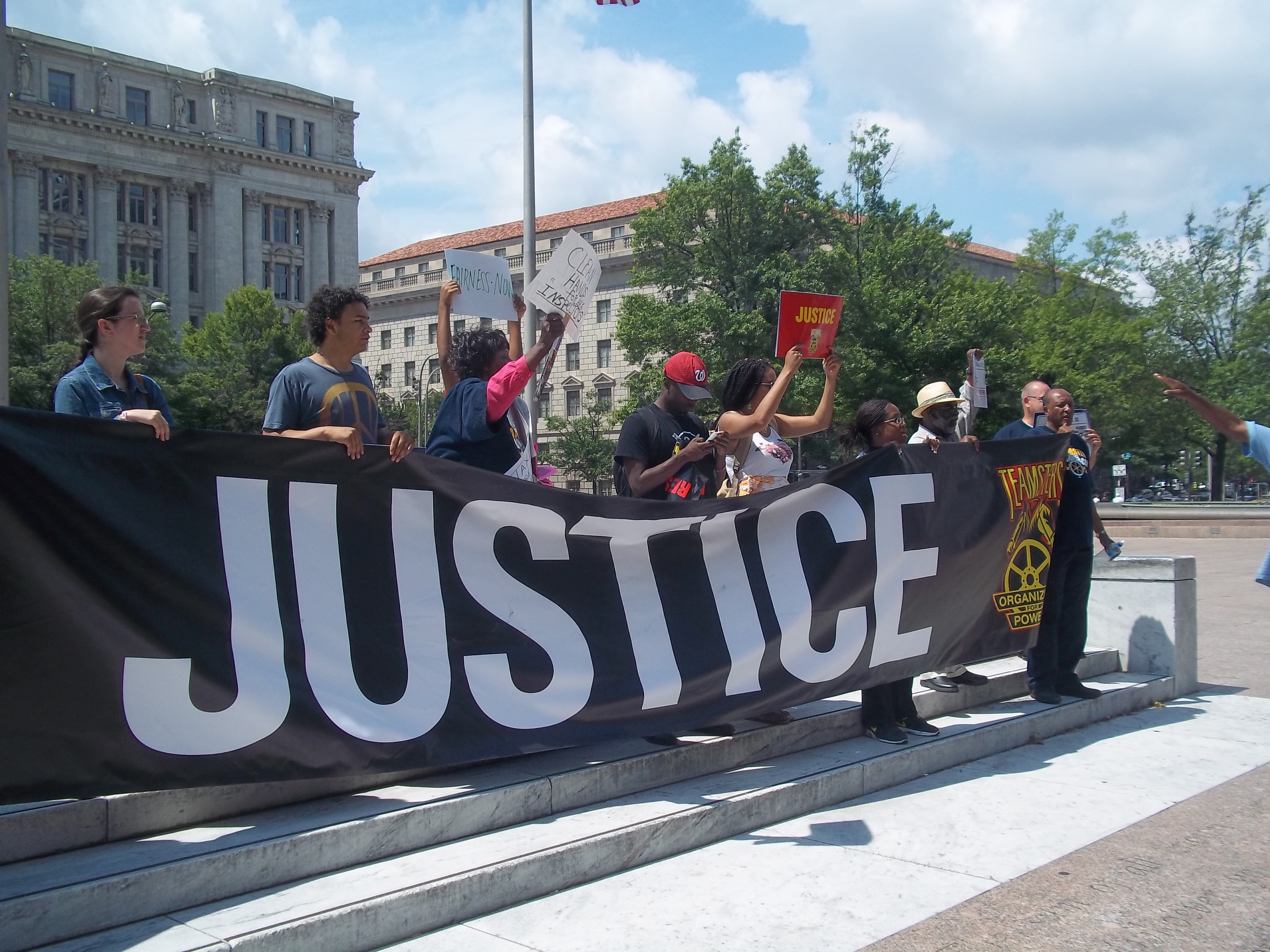