The DC Just Pay Coalition has released a new report which recommends a focus on strategic enforcement to turn the tide on wage theft in Washington, DC.

While the District has some of the strongest labor laws on the books, far too many companies in DC still fail to pay workers the minimum wage,  overtime pay, and on time. Companies continue to misclassify employees as independent contractors, and refuse to allow their employees to take an earned sick or safe day. This report offers concrete recommendations and best practices to build a robust system to enforce DC’s labor laws in order to advance worker rights and dignity.

As part of the Just Pay Campaign, DC Jobs with Justice is working to end wage theft by educating community members on what wage theft is and how to address it, continuing to work to improve policy and implementation and leading the campaign to highlight enforcement failures by taking on bad actors. Read more about our work to end wage theft in DC. 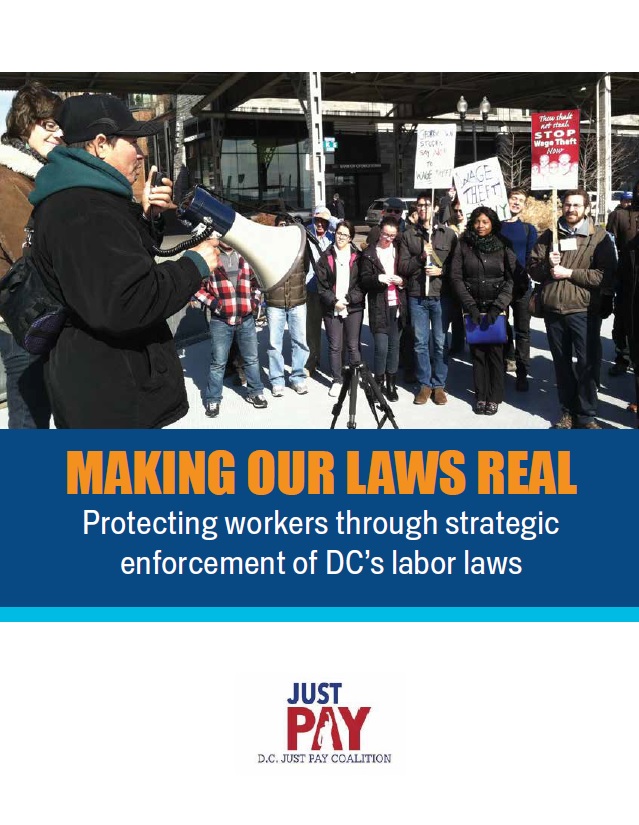