No Contract, No Peace! 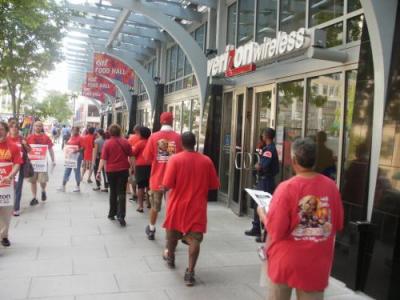 On Tuesday, August 9th picketers dressed in red marched outside the Verizon Wireless store on F Street, NW in Washington, DC to try to convince Verizon to settle a fair contact that will give their workers more benefits rather than take them away. rnrnAlmost 45,000 workers are on strike throughout the New England and Mid-Atlantic regions of the United States. The workers that are participating in the strike include field technicians, service representatives, operators and other support personal. Many of these workers would lose their sick days, paid vacation time, holidays, child care and pensions if Verizon gets its way. Meanwhile Verizon’s net profits are $6 billion and whose top executives received compensation of $258 million over the past four years. rnrnThe Communications Workers of America (CWA) has been bargaining with Verizon since June and declared a strike on Sunday after the contract expired. Verizon had cancelled bargaining sessions scheduled for Saturday night, Sunday morning and Sunday afternoon. CWA and Verizon returned to the table yesterday and bargained late into the night. Pickets took place today and yesterday all over the East Coast at Verizon service centers and Wireless stores. CWA members pledge to keep up the fight to protect the Middle Class. rnKeep checking the website for news on local actions and pickets. rnrnPICKETING !rn 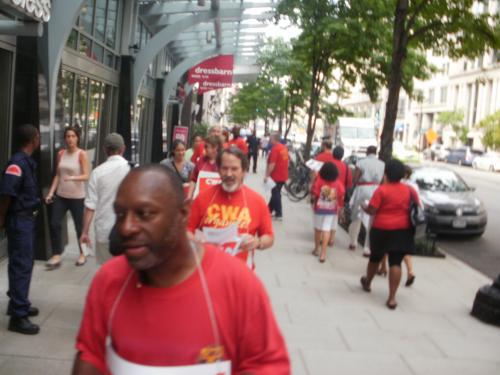 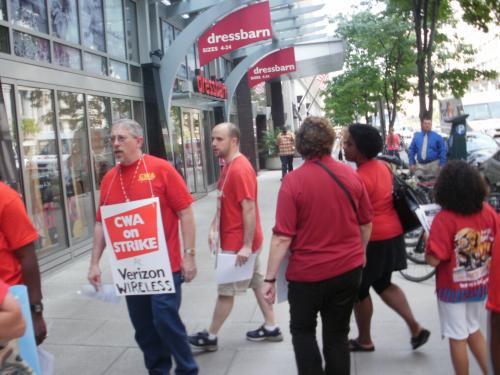 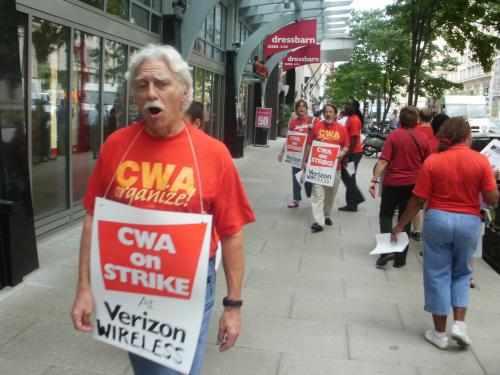 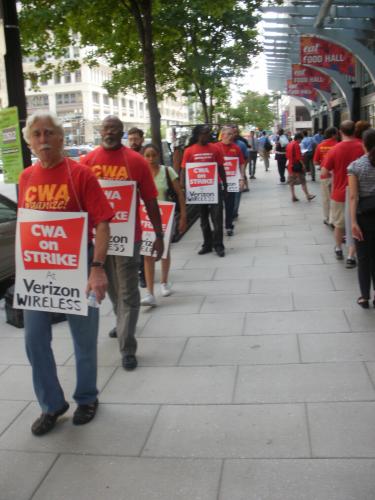