Mayoral Candidates Put on the Spot at People’s Platform Forum

On Saturday evening, Jobs with Justice was in attendance at the People’s Platform Mayoral Forum at THEARC on Mississippi Ave in Southeast.  The forum was organized by ONE DC and co-sponsored by DC Jobs with Justice and many other activist community groups working for a better DC.

Mayor Gray was not present (he was attending a funeral), but all of the other mayoral candidates were on stage.  Candidates were asked to answer tough questions ranging from housing to gentrification to jobs, while audience members gave feedback by demonstrating their support or dislike of the answers by holding up green or red cards.

Two workers stood up to ask about what the candidates plan to do about the issue of wage theft in DC and whether they support the newly proposed legislation.  While Bonds said she “thinks” she is in support of it, Wells and Shallal both emphatically said that they could not understand why anyone wouldn’t support workers getting paid their fair share – that’s what we like to hear! 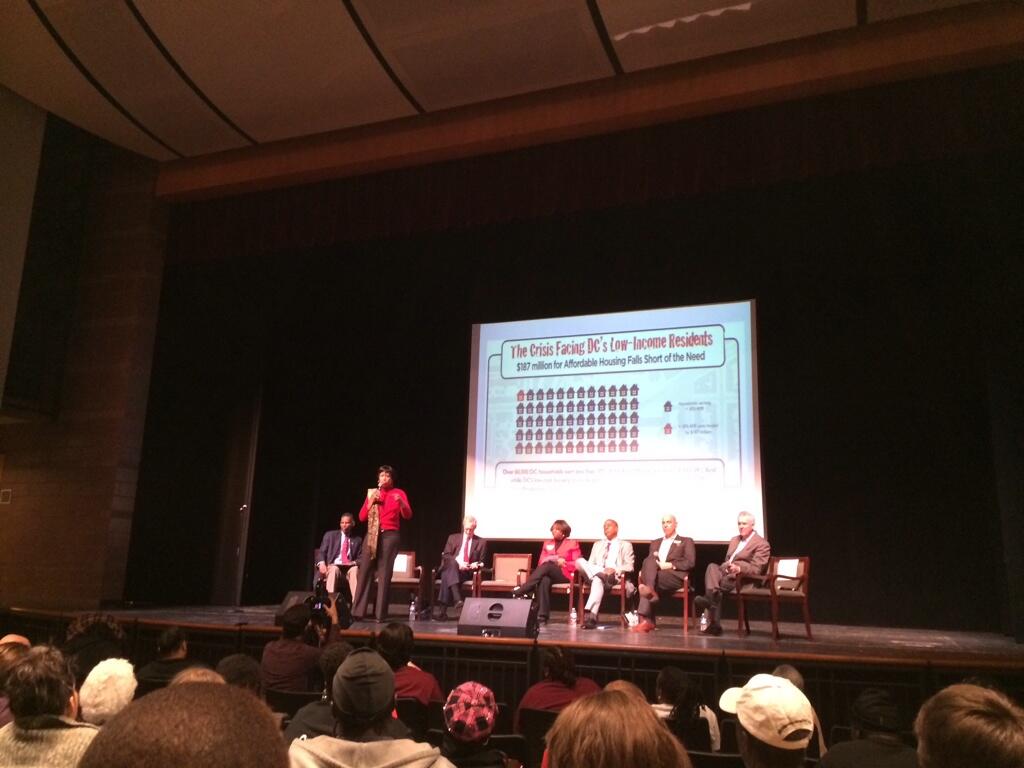 ONE DC will be having their annual meeting next Saturday, March 15th at 1pm in at the New Community Church at 614 S Street NW.