rnExcluded worker congress: May 10th –May 12th, New York, NYrnInternational conference on the human right to organizernrnA diverse group of workers from all across the country gathered in New York City for the 2011 annual Excluded Worker Congress. Excluded workers are people who have traditionally been denied labor rights and benefits. Some of the organizations which participated were AFGE local 778, AFL-CIO, Black workers for Justice, Community Voices Heard, New York, LA and Philadelphia Taxi worker Alliance, National Domestic Worker Alliance, Mississippi Worker Center for Human Rights, and the National Guest Workers Alliance. The conference was conducted at the Metropolitan Gallery of Art and also the Murphy Institute for Worker Education at CUNY. On the first day, AFL-CIO president Richard Trumka gave an inspirational speech where he talked about the struggles of organizing when he was a mine worker. On the behalf of the AFLCIO, President Trumka signed partnership agreements with the National Domestic Workers Alliance and the National Guest Workers Alliance.rn 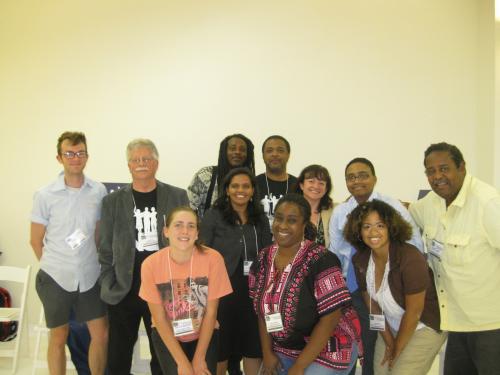 rnThe conference participants attended workshops on subjects such as reclaiming the ILO, raising the minimum wage, expanding and enforcing workers’ rights, and developing solidarity campaigns across borders. The speakers for the conference came from all over the world to share their stories about trying to organize excluded workers. Pat Horn from Street Net International was the keynote speaker. She spoke to the conference participants about trying to organize street vendors in South Africa and internationally. Anannya Bhattacharjee, President of the Garment and Allied Workers union talked about organizing garment workers in India while trying to deal with social and environmental issues. One of the most passionate speakers was Jaribu Hill of the Mississippi Workers’ Center for Human Rights, who discussed how southern workers have been excluded for many reasons such as race and the political environment of the southern United States. rnrnOn the last day of the conference the participants took part in the National Day of Action against Corrections Corporations of America. They protested Bill Ackman, and CCA who continue to invest money in private prisons. Before the conference concluded the participants gathered again at the Murphy Center and planned out steps for moving forward. Participants reported feeling hopeful and also looking forward to more opportunities to organize. rn 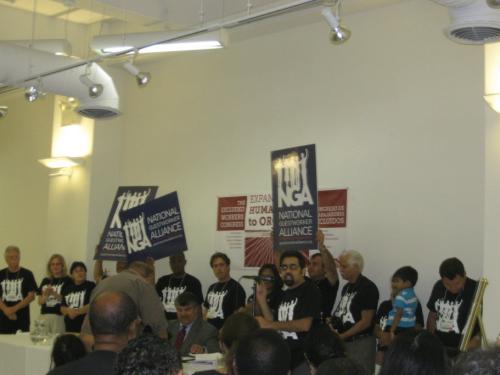