DC Says “No” to SComm 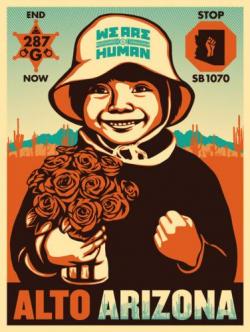 On July 12th, the DC Council held a hearing on historic legislation to prevent the DC Metropolitan Police (MPD) from sharing arrest data with Immigration and Customs Enforcement (ICE). The first-of-its-kind legislation was introduced in April with co-sponsorship from all 13 Councilmembers in response to MPD’s plans to participate in the “Secure Communities” program, a collaboration with the Dept. of Homeland Security under which fingerprints of everyone arrested in DC would automatically be sent to ICE. rnrnThe new policy – a reversal of DC’s 20-year sanctuary policy – was met with an outcry from the community, who feared racial-profiling and a negative impact on community policing. While the Chief of Police, Cathy Lanier, held firm in her support for the program, the DC Council responded by unanimously introducing the “Secure Communities Act of 2010” to prevent implementation of the program. rnrnDC JwJ has been part of a coalition of civil rights and immigrant rights organizations, labor unions, domestic violence organizations, any many others to fight Secure Communities and protect immigrant rights. rnrn 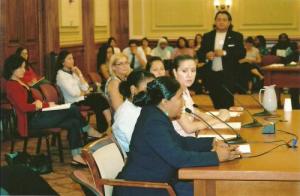 At the July 12th hearing, more than 150 people filled the DC Council chamber to support this historic legislation. Councilmembers Phil Mendelson (D-At-Large) and Jim Graham (D-Ward 1), the bill’s co-sponsors, heard over 2 hours of testimony, including statements from community members, advocates, and policy experts. Domestic violence survivors gave brave and moving testimony about their personal experiences and the importance of being able to trust the police and government without fear of being turned over to ICE. rnrn 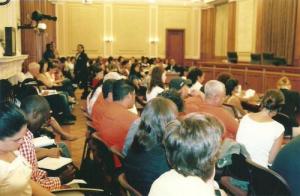