Big day at DC Council for Wage Theft and Ban the Box bills!

Tuesday was an eventful day at the DC Council!  After years of grassroots organizing, the “Ban the Box” and “Wage Theft” bills were voted on by the DC Council for their first time.

The Wage Theft Prevention Act of 2014 aims to put in place stronger policies to deter unscrupulous employers from cheating their employees out of their wages.  As it currently stands, there are few effective ways for workers to recover wages they are owed and little protection for employees that speak out against their bosses wage theft practices.  This system makes it easy for employers to get away with stealing from their workers and creates a disadvantage for businesses that follow the law properly.  DC JwJ and the Wage Theft Coalition have been advocating for the current bill, championed by by Councilmember Vincent Orange, which proposes to change that by putting in place penalties and fines from employers that commit wage theft and creating a better process for workers to recover their money.

DC residents, workers, and advocates gathered outside the DC Council at 9:30am for a rally highlight the issues of wage theft and employment discrimination against returning citizens.

Before the initial vote on the Ban the Box and Wage Theft Prevention bills, a clear message was sent to councilmembers: “Stand with Workers! Apoye los trabajadores!.” 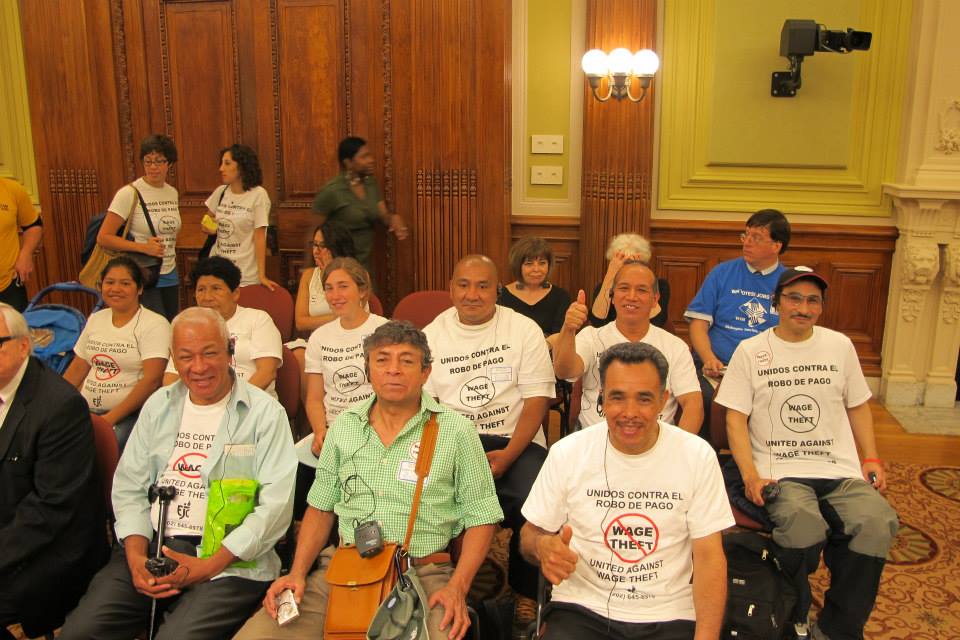 Allies and supporters from the Wage Theft Coalition and Ban the Box advocates filled the council hearing room to highlight the importance of these bills.  Despite strong support from councilmembers, the DC Chamber of Commerce and other business interests groups had been lobbying behind the scenes for amendments they hoped could water down the strength of the bills.  During the Council meeting, however, it became clear that the councilmembers had heard the message and many spoke at length about the need to pass these bills in the strongest form possible!  Both bills passed the first vote, with the Wage Theft Prevention Act receiving a unanimous 13 votes in favor!  The initial victory was met by cheers from the audience (encouraged by a few councilmembers), despite the rules against making noise while meetings are in session.  The excitement around the votes generated enough buzz that the topics were trending on twitter, according to DC Trends Map. 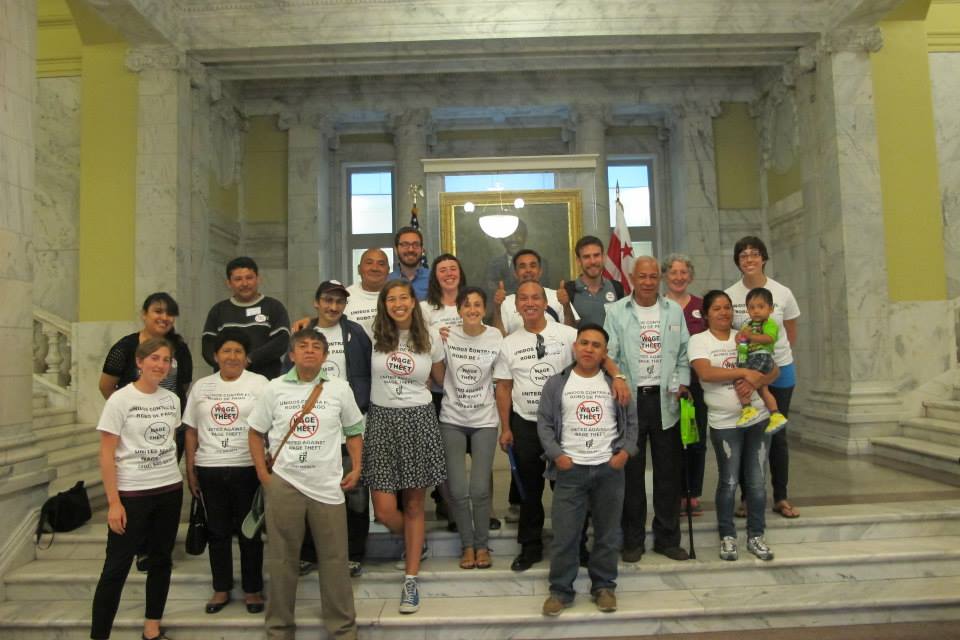 The next (and final!) vote on the wage theft bill will be on Tuesday, June 24th – just three weeks away!  In the meantime, there is plenty of work to be done to make sure that the bills are not weakened before then!