10 years of Labor in the Pulpit Labor Day Celebrations

This past Labor Day weekend seven local churches participated in our annual Labor in the Pulpit program. DC Jobs with Justice as a part of the Interfaith Worker Justice of Greater Washington has hosted this initiative for the past ten years. Labor in the Pulpit is an opportunity for faith communities to remember God’s call to pursue justice, to honor people’s labor, and to recall the religious traditions that dignify and celebrate work.

Through this initiative, DC Jobs with Justice and its network of faith leaders, work to raise awareness and increase faith involvement in our current campaigns. This year we highlighted our Respect DC Campaign and Making Change at Walmart. On Sunday, September 2, 2012 Pastor Rev. Edwin Jones, Sr. of Living Faith Baptist Church in Ward 7 preached a sermon calling on his congregation, “to get out of the comfort of the church and into the community.” Rev. Jones taught from Exodus 3:7 relating the story of how Moses was called by God to free Israel from slavery, comparing it to Walmart’s treatment of its associates. His sermon included testimonies of Walmart worker’s experiences and also described how large corporations such as Walmart are the modern day oppressors of our people. 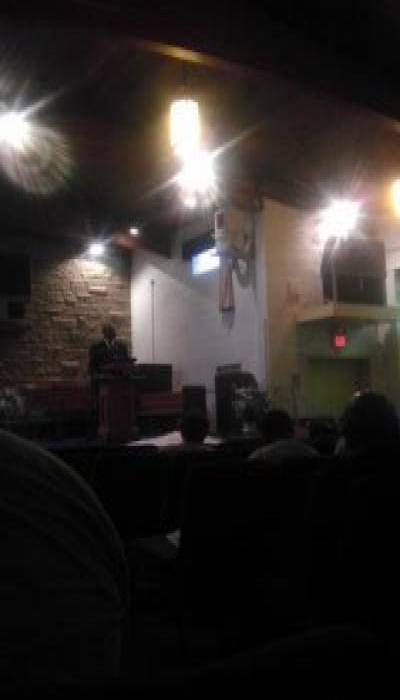 Rev. Jones closed his service by calling on his congregation “to stop turning a blind eye to the threat to our community and to stop ignoring the suffering of people. “It’s for the people of God and to get involved in their community and stand up and fight” Rev. Jones said.

As a result of Living Faith‘s Labor in the Pulpit service, Rev. Jones began door knocking, hosting house meetings, and assisted with planning a Walmart roundtable that was held Tuesday, September 18, 2012 at Plymouth Congregational United Church of Christ.