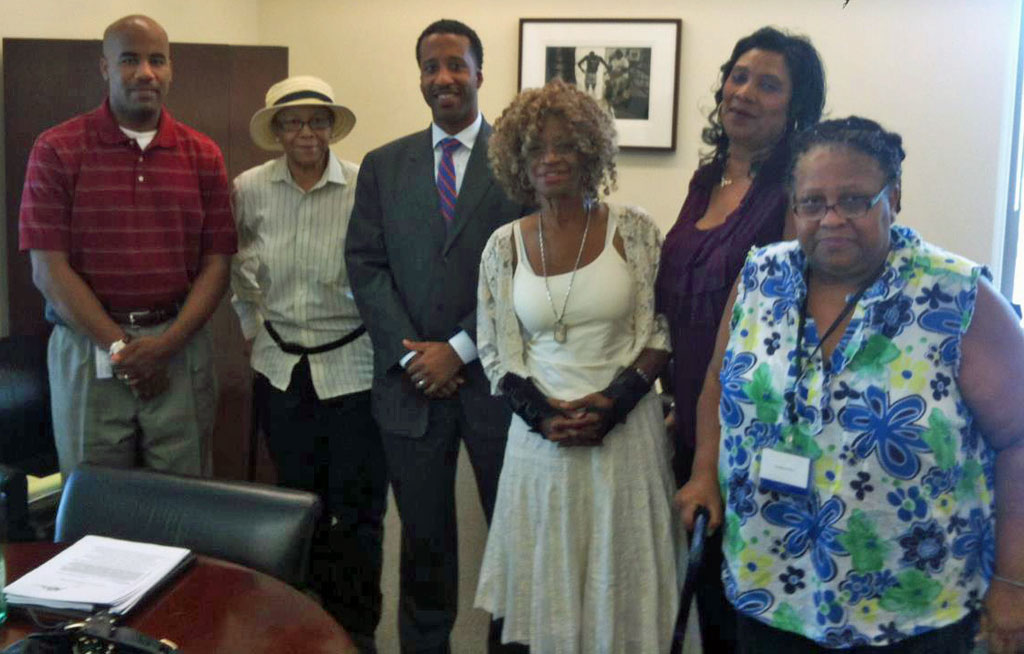 Over 2,000 injured DC government employees go through the Public Sector Workers’ Compensation Program each year. The purpose of the program is to provide injured government workers with financial security in the event that they are injured and to ensure the retention of quality workers in the District government’s operations. These benefits are intended to help these government workers pay their medical care, rent and other basic necessities while they are injured. Unfortunately, due to a decade of poor administration and noncompliance, the program has been cutting off benefits for injured government workers, thus forcing these workers into poverty as a result of their workplace injuries.

The Injured Workers’ Advocates (IWA) is a group of injured government workers who started convening in 2002 to advocate for fairer policies in the Public Sector Workers’ Compensation Program. The IWA, along with their allies at Jobs with Justice and the DC Employment Justice Center, have succeeded in passing several pieces of legislation that provide greater protections to injured workers.

Despite some successes, unfortunately, the workers’ compensation system remains heavily stacked against injured workers. IWA members are actively seeking legislative and administrative reforms to improve the system for evaluating claims and to ensure workers do not have their benefits arbitrarily cut off without fair and thorough review.